…Custom Solutions for the Affluent

How To Lower Your Tax Bracket In Retirement 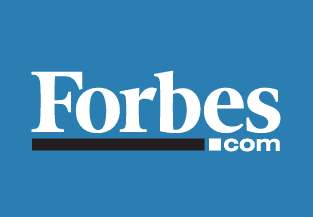 Jim Farmer is Managing Partner of Financial Strategies Group, a leader in the insurance industry providing clients with practical solutions.

While we all want to be high net worth, does that also mean we have to be in a high tax bracket when we retire?

What you do for a living before retirement can make a huge difference in how much tax you pay. For example, business owners are fortunate to be able to write off more expenses than many professionals and executives. But often, a lot of those tax write-offs vanish in our retirement years.

In addition to that, financial advisors generally assume 30% and 40% tax brackets for retirement. But the more tax you pay, the less secure your retirement is, and the greater your chances are of running out of money. So how can high-net-worth entrepreneurs lower their tax rates in retirement? The following example illustrates some possibilities.

Let’s assume John and Sally, from Florida, are both 65 and ready for retirement. They had a very successful business they were able to sell. Their retirement income goal is $500,000 per year. Most of us would agree they are going to be in a high tax bracket with little hope of reducing their taxes.

In the old days, it would have been easy. A normal allocation of 70% equities and 30% tax-free bonds would, in most cases, have worked perfectly to lower their tax bracket. Unfortunately, the current yields on tax-free bonds are very low, and there is the risk of longer maturity bonds going down with rising interest rates. John and Sally worked with their financial team toward a goal of paying less than 10% per year in taxes on $500,000 of retirement income. With the help of the Tax Cuts and Jobs Act of 2017 (TCJA), they learned there are several opportunities to help them achieve their goal. Below is an overview of those options.

1. Trying to eliminate ordinary income taxes when possible is the first step. Most retirees are forced to pay some ordinary income (e.g., Social Security and individual retirement account distributions). The truth is, the first few brackets are quite good. The trick is to avoid the top brackets, which start at $160,700 for a married couple. In the example above, John and Sally’s team recommended taking $150,000 of ordinary income, which only had $14,777 of tax liability. (Thus, their tax rate on this was 9.85%.)

3. Tax-free income from tax-free bonds was not appealing, so the team had John and Sally use an existing life policy on John’s life, which was originally purchased for business reasons, and do a tax-free exchange into an institutional life insurance contract. This has low fees and was able to improve income projections compared to their old policy. They were advised to take $200,000 per year from the new policy tax-free via withdrawals of original investment, then net zero loans (0%). The same effect could have been achieved with a new institutional policy if they were at least seven years away from retirement.

In the end, John and Sally were able to achieve their goal of $500,000 with only $30,027 in tax due, which translates into a 6% effective rate. They will continue to work with their team and react to changes in the economy and tax law changes. The team was able to show that, because they are paying less tax each year, their retirement is more secure and their heirs should inherit more in the long run.

Many times, we focus on the wrong things in terms of saving for retirement. Yes, keeping fees to a minimum is important, but so are low inflation rates and earning a good rate of return. At the same time, trying to invest before-tax income to lower one’s current tax bracket leaves a retiree at a higher tax bracket.

Taking the time to plan for lowering your tax bracket before retirement can make a huge difference. The idea that top earners have no choice but to be in a high tax bracket is no longer true. We can’t control what the stock market and inflation do, but we do have many options to keep our retirement taxes to a minimum. Wouldn’t you like to brag to your friends that you were able to retire at less than a 10% effective tax bracket?

The information provided here is not investment, tax or financial advice. You should consult with a licensed professional for advice concerning your specific situation.

Disclosure: Financial Strategies Group, LLC is not a legal or tax advisor. This communication may contain federal tax information which is not a covered opinion as defined by Circular 230 and is limited to the federal tax issues addressed herein. Additional issues may exist that affect the federal tax treatment of the transaction. The communication was not intended or written to be used, and cannot be used, or relied on, by the taxpayer, to avoid federal tax penalties. Please consult with your legal, accounting, or other tax advisor prior to taking any action.
Securities offered through The Leaders Group, Inc. Member FINRA/SIPC 26 W. Dry Creek Circle, Suite 575, Littleton, CO 80120, 303-797-9080. FSG is not affiliated with The Leaders Group, Inc. http://www.finra.org/ http://www.sipc.org/
BrokerCheck https://brokercheck.finra.org/